The Markets and Challenges

The need to reduce power and physical space is a far more critical requirement at the network edge than in a typical data center, as edge sites were not designed to host endless racks of servers, instead offering very limited physical space and a fixed power envelope.

Today, the number of users accessing network services is growing, and each subscriber may have multiple devices using apps that require high bandwidth and low latency. Moreover, with the growth of the Internet of Things (IoT), there can be tens of thousands of sensors sending and receiving data at any given moment, placing great strain on the network in terms of both performance and power demands.

The ENET UEP network appliance addresses this requirement by offering an edge-optimized, low-space/low-power FPGA-based programmable device with up to 40Gbps of networking capacity and 10Gbps of IPSec security. The UEP’s unique modularity enables the appliance to be easily adapted for multiple edge use cases. It can be used, for example, as a network interface device (NID), multi-dwelling unit (MDU), and 5G cell site router (CSR).

The ENET UEP is ideal as a standalone high-end network interface device that offers rich routing and IPSec security functionalities. It also contains an interchangeable mezzanine card that enables the appliance to be designed for XGS-PON connectivity for placement at cellular base stations, to support G.fast for MDU deployment, or to support IoT aggregation elements, such as a radio modem for the IoT sensor network. 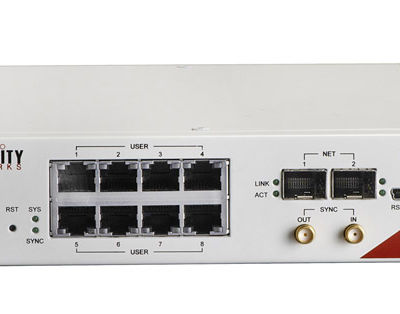 Who Will Own the Network Edge?