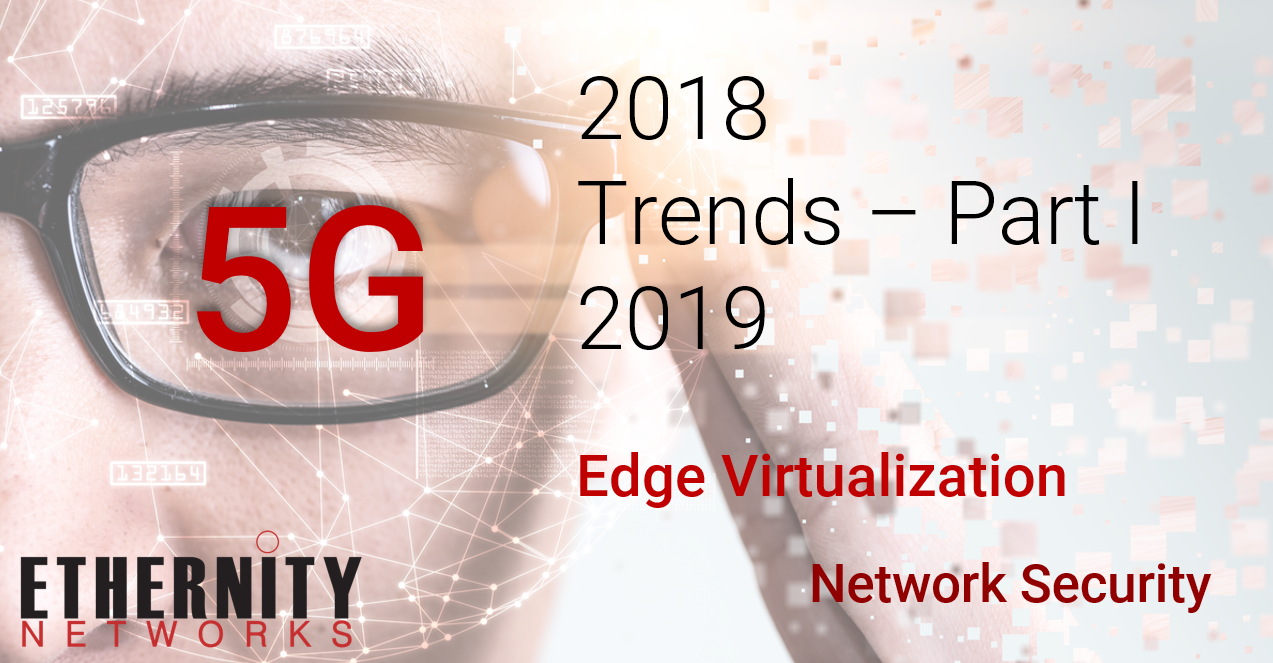 We are experiencing a revolutionary period for the telecom industry in which almost everything from the previous era has become less relevant, including the protocols and standards, custom-built hardware, and even the security systems. New concepts and technologies have arisen to replace the outdated ones, leading us toward network function virtualization (NFV), software-defined networks (SDN), open hardware systems and open source software resources, cloud networks, 5G, IoT, AR/VR, Big Data, and many more exciting opportunities for optimizing the industry for both performance and economics. With so much happening on so many fronts, we thought it would be useful to shine a spotlight on three trends that had the greatest impact on telco networks in the past year, and that we anticipate will continue to dominate everyone’s attention in the coming year.

Today we’ll be discussing the first of those trends –

The Arrival of 5G

5G has taken center stage throughout 2018, and justifiably so. It deserves every bit of the attention that it receives, as it promises to transform wireless and mobile communications with faster data transmission, streamlined networking, and lower latency for connections between and among millions of end user devices. This new generation of cellular technologies enables the delay-sensitive applications that we have talked about for years but are only now making widely available, such as virtual and augmented reality, remote surgery, autonomous vehicles, and ultra-high definition streaming video and online gaming, just to name a few. 5G is mainly about connecting devices, millions and eventually billions of new sensors and other IoT devices  that enable smart cities, smart manufacturing, smart healthcare, smarter education, and much more. 5G is poised to fundamentally reshape the way we live, communicate, and consume resources.

In 2018, we saw significant development of 5G protocol standardization, but when can we expect the first truly commercial network deployments and the first 5G phones?

Not long, it seems. In the U.S., for instance, Sprint has announced it will begin deployment in 2019 with an eye to completing its 5G network by 2020. AT&T has already started targeting 12 key U.S. cities, and plans to add many more in 2019. Verizon has launched its Verizon Home 5G service in several cities and says its 5G mobility network will go live in early 2019. T-Mobile’s plans call for a 2019 launch and nationwide 5G coverage in 2020.

China and the U.S. appear to be the leaders in terms of deployment and deployment plans for 5G, while Europe is moving more slowly. Vodafone, Telefonica, Orange, and Deutsche Telekom don’t expect to launch a 5G network until 2020, while BT is looking to late 2019 for its launch.

In the meantime, 5G phones are just around the corner. Both AT&T and Verizon have announced that they will be offering 5G Samsung phones in early 2019. AT&T had earlier announced it will launch a 5G Netgear mobile hotspot device. We don’t expect Apple to have a 5G phone in 2019, but phones from other companies – such as LG, Lenovo, Huawei, OnePlus, and ZTE – are expected in mid-to-late 2019.

Clearly, 2019 will be key in the race to ubiquitous 5G networking. You might even make the argument that the 2020 Olympic Games in Tokyo is the finish line for that race, as NTT Docomo is working to make that event 100 percent 5G-friendly.

Ethernity is doing its part by supplying hardware acceleration that is critical toward enabling the low latency and network slicing that are required for 5G networking. By offloading VNFs and other networking IP from the CPU to an FPGA SmartNIC, Ethernity’s ENET flow processing capabilities are ideal for 5G deployments.

In our next post, we’ll address another big trend of 2018-2019, edge virtualization.

With best wishes for a happy, productive, accelerated 2019!